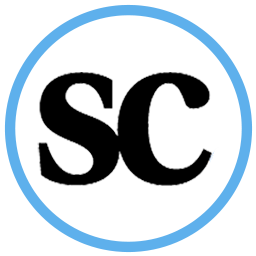 Starting a new role during Covid-19 by David Todd 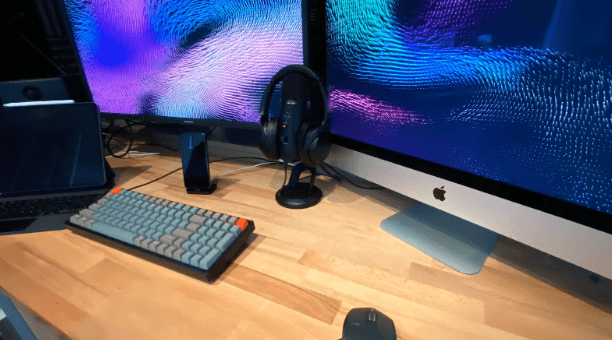 Leaving a close team is never easy, least of all when you’re not able to say your goodbyes and wrap up your work in person. In my previous design role in the Care Quality Commission, our team was building an essential registration service for the care sector. Our design team used principles from the Government Service Standard and the GOV.UK Prototype Kit which is maintained by the Government Digital Service (GDS).

Thankfully, remote working wasn’t an entirely new concept for our team. CQC has colleagues working in offices around the country. We primarily used Microsoft Teams to collaborate and would make weekly trips into Leeds to work through problems face-to-face. As the threat of the global pandemic started to swell, we received an email asking us to work from home on Tuesday 24 March to ‘test our preparedness for remote working’. As it happened, it was the beginning of lockdown for everyone.

I had recently created a space in my home for work which really helped me focus on tasks when lockdown began.

As lockdown began, I started to find a rhythm to my home-working routine. I would start the day with a large cup of coffee, answer emails, and attend our video call standup. From there, I would carve out time to work on our service’s prototype in between chats with various stakeholders and scrum ceremonies.

Many of the Government Design Principles (from GDS) help to make working remotely easier. For example, principle ten, ‘make things open: it makes things better’, encourages teams to share their findings with cross-government organisations and help others. This open way of working meant; although members of our team were unavailable due to childcare, for example, we were able to maintain the design process by reaching out to resources and patterns from other teams.

On evenings and weekends, I filled my time designing and developing a personal project of mine; a bookkeeping app for iOS and macOS called Microbooks. I worked on Microbooks along with a friend of mine, Francine Rogers, who had been furloughed from her role. It was really rewarding to work with her on a project for small businesses during these challenging times.

My strategy for home-isolation was to keep busy with design and development work. I had to remind myself frequently to spend some time away from the screen.

Francine and I worked remotely to build Microbooks, an accounting app for small businesses.

As a contractor, the onset of the COVID-19 situation looked daunting. With my contract end-date looming and organisations across the UK closing their doors, it looked like finding a new role would be unlikely.

Keeping a good relationship with recruiters and agencies has been my contracting strategy from day one. I regularly make time to take calls from organisations looking for contractors. It’s not always the right time, and I’m sometimes not going to be the right candidate. But, if I know of anyone in my network that might fit the bill, I will offer to help put them in touch with the recruiter.

I had spoken with Scrumconnect a few months previous, regarding a role at DWP in Newcastle. I had been keen to work with the team there as I had worked at HM Revenue and Customs a few years ago and many of my ex-colleagues were now at DWP. As it happened, it wasn’t the right time then, but I had made the crucial first connections with both Scrumconnect Consultancy and DWP.

Because I had spent the time speaking with Scrumconnect, they reached out when DWP was looking for a new Senior Interaction Designer for a new role based in Newcastle. Interviewing during lockdown meant a video call over Google Meet.

I find a video call to be a much more natural and relaxing way to interview for a role. In digital and design, we often do away with conventions that other professions may still follow, so the ‘suited-and-booted’ handshakes of an interview situation feel somewhat alien to me. Formalities are largely shelved with a video interview, however, making room for a friendly conversation about the areas of expertise and experience required for the role.

I had read the DWP Digital blog for many years and had always admired the work the team shared in the cross-government design community. I spoke with friends of mine that work there. I heard them enthuse about the working culture at DWP. It would have been disappointing to fall at the last hurdle.

After a short wait, Scrumconnect called to offer me the role at DWP in Newcastle. Beginning my new role meant leaving the team I had built a great working relationship with at CQC. My leaving drinks, sadly, needed to be held over a video call. We made the most of it, we had a lively ‘pub quiz’, a few gin and tonics, and agreed to meet up again in-person when they next hold a meeting in the Newcastle office.

My first day at DWP began with a call with the team’s delivery managers, whom I had spoken with at my interview. Although my equipment was going to take a few days to arrange, I had a list of conference calls to attend and people to meet virtually.

By insisting on ‘camera-on’ meetings for the first few days, it helped me get orientated with the structure of the team and put faces to names I had seen in documents and emails. Having worked with the content designer on our team previously at HMRC, we were able to get down to working on tickets right away.

I’ve joined the team working on the Carer’s Allowance service, which sees around 7,000 applications processed each week. As an interaction designer, I’m using the GOV.UK Design System and working with our Content Designer to build working prototypes of our changes to allow us to test our hypothesis with users. We’re currently looking at changes to the service during the current COVID-19 situation.

As digital government uses open source methodologies and tools, I was able to start contributing knowledge and code to our service prototype right away. Meeting with other interaction designers in our department on my first day opened the door to working collaboratively across different delivery teams.

The Service Manual, produced and maintained by GDS, means the techniques and processes I have used in other departments are standard across all services. This standardisation and the use of the GOV.UK Design System makes it simple to get up to pace with the existing team efficiently.

Despite them needing to adapt to a brand new remote working style with short notice, it was great to see the efforts put in by both the staff at Scrumconnect and my new team at DWP. Everyone I have spoken with at DWP, including developers, designers, business analysts, product owners and delivery managers, has made me feel extremely welcome. It’s a testament to the working culture at DWP Digital that everyone speaks so highly of one another and the process and practices that they follow.

I look forward to tackling the design challenges that lie ahead on our digital service and working closely with the broader team to test our hypotheses with users in the weeks to come. It’s not clear yet when our team will be together in person, but that won’t stop us working collaboratively and effectively from the comfort of our lounges, kitchens, and dining room tables in the meantime.